Thinking Citizenship in a Revolutionary Arab World: The Intransigence of Difference: by Maya Mikdashi

This is an article published by Jadaliyya and written by Maya Mikdashi in which citizenship is discussed in the framework of what has happened in the so called "arab world" after the Arab revolutions.
The ongoing Arab uprisings that began in Tunisia in late 2010 have demonstrated that citizenship in the Arab Middle East is a subject in need of much critical scholarship and intervention. Many scholars, working from an archive of political philosophy that begins with Rousseau's social contract, have assessed the Arab national project of producing citizens skeptically, as Suad Joseph has demonstrated. Moreover, there is tendency in political theory to view members of authoritarian, corporatist, and brutal states as “subjects” rather than “citizens.” As Lisa Wedeen, Mahmoud Mamdani, Rogers Brubacker, and others have argued, in such studies, citizenship appears as a universal category that fosters an ideologically inflected and ideologically narrated subjectivity. The Arab uprisings, in which men and women of all ages and from all classes bravely challenged brutal authoritarian regimes across the region and called for the dignity of the citizen to be protected, compel us to think critically of the supposed successes and failures of nationalism and citizenship in the region.
A focus on citizenship brings the law into view as a technology that makes certain practices of the citizen legible and others unintelligible.  Crucially, the citizen can only emerge as a legal and embodied subject position if its negation, the non-citizen, is present. This insight is particularly important to the field of Middle East Studies, where the refugee and increasingly, the migrant laborer, are crucial areas of research. It is also particularly important in Arab states such as Lebanon, where the making and unmaking of refugees by the state is a process conditioned by central tenets and anxieties of Lebanese nationalism. The modern state produces, quantifies, and regulates particular groups of residents and citizens, as well as individual citizens, with individuating and totalizing identifiers: region, gender, name, sect, sex, religion, age, caste, race, refugee, and finally, citizenship.
The study of  citizenship as a set of formalized and institutionalized practices also inevitably leads to the study of bureaucracy. As scholars such as Carole Patemen and Frances Hasso have argued, it is upon these evidentiary terrains that citizenship and gender reveal themselves to be mutually constitutive. The citizen—whether male or female—is always gendered, always sexed, and always predicated on the presence of several others. Jacqueline Stevens has insisted that, because political society is constituted through state regulated kinship, one must study gender, sex, and their embodiments and regulations in order to approach the state and its citizens. She writes that “to see the artifice of the family (and its appearance as natural) is to see the artifice of political society (and its appearance as a nation).” Crucially, interrogating citizenship and insisting on its very markedness allows us to study difference without assigning normative value.
In practice citizenship is an assemblage that is contingent, tense, and often articulated through contradiction. One's gender privilege and class status, for example, often interrupt each other. In Lebanon, a citizen's sect, class and gender together structure and contingently frame each practice of citizenship. By destabilizing these supposedly black-boxed categories of sect, class, and gender, we demonstrate Ann Stoler’s important lesson—that categories of identification and recognition are inextricable from the production and regulation of gendered and sexual regimes. Furthermore, by interrogating the assumed coherence of the universal abstraction of “the citizen,” we insist that particularities, often in tension with one another, mark every practice of citizenship.   In addition to its very markedness and its constitution through the state's regulation of kinship, citizenship is primarily a legal relationship to others. You are a citizen because you are the son or daughter of x. You are a citizen because you are the wife or husband of x. You are a citizen because this other person is a refugee, and he is a refugee because you are a citizen—a re-articulation that may push us towards a different ethic of activism regarding refugees across the region. The contingency and relatedness that constitute all citizenship practices disrupts the idea of the autonomous, abstract, universal citizen.
To say that all citizenship is marked is not to deny that power relations and regimes of privilege exist. As Michael Warner has taught us, within a marked category such as “gay,” power regimes persist and reproduce themselves. Similarly, while all citizens are marked in that all citizens are a project, at a distance from the normative ideal—some markings are more pronounced than others. Thus while all citizens are gendered, as Carole Pateman argues, the female citizen is defined by her gendered difference, and heterosexual male citizenship is normalized as the universal. The intractability of citizenship and gender will come as no surprise to most students of the Middle East as the laws that produce the category of the “citizen” are often the same laws that produce gendered differentiation between “male” and “female” citizens.  One may ask if it is even possible to write to about “citizenship in Saudi Arabia” or indeed, politics in that state, without integrating a gendered analytic into your framework.  While Madawi Al-Rasheed has recently urged us all to do so, one wonders if she would have had to if legal discriminations in the Kingdom were articulated along racial lines (darker skinned Saudis cannot drive but lighter skinned Saudis can, darker skinned Saudis cannot travel without the express permission of lighter skinned Saudis).
It is an exciting time to be thinking and writing about citizenship during a time that Mouin Rabbani has characterized as “the year of the citizen.” Refracted through the tensions that a theorization of difference allows, this statement becomes pluralized: the year(s) of the citizen(s). Female citizens. Male citizens. Rich citizens. Poor citizens. Egyptian Citizens. Syrian citizens. Shiite Citizens. Non-citizens. And countless combinations of markedness. Never “the citizen.” Instead, always the project to make and remake them.
Publicado por Moises Garduño García en 15:16 No hay comentarios: 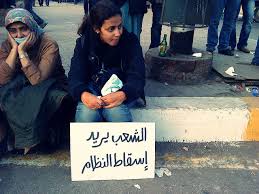 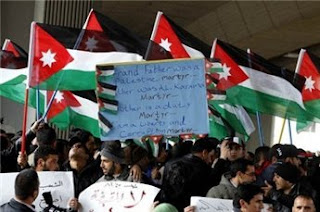